Warning! We detected you are currently off-line, please connect to gain full experience. 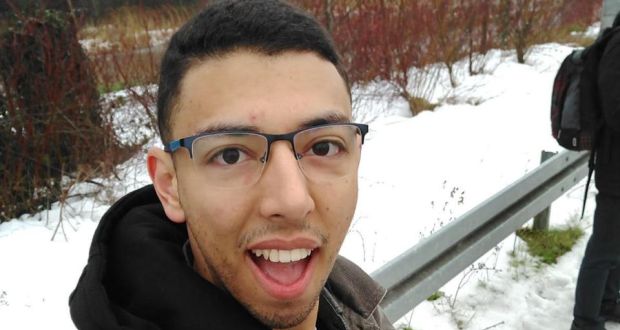 Gardaí have appealed for the public’s help in finding a Brazilian man who went missing in Dublin last week.

Caique Trindade De Oliveira was last seen on Tuesday, March 6th, when he left his home in Clondalkin. His wallet, which contained his credit card and student Leap Card, was later found by gardaí at a local Tesco.

The 24 year old, who had been working as a graphic designer in Brazil, arrived in Ireland in mid-February on a study visa to learn English. He had been taking English classes at The English Studio language school in Dublin’s city centre when he went missing last week.

Mr De Oliveira’s mother, Valclecia Trindade, travelled to Ireland from the family’s home in Sao Paulo on March 4th after her son’s flatmate contacted her. She only found out he was missing when she arrived in Dublin last Wednesday.

“I had spoken to one of his flatmates and they said he wasn’t doing well so I decided I needed to come,” Ms Trindade told The Irish Times through a translator. “They told me he had been a little bit disorientated and that he was laughing one minute but upset the next. That’s when I decided to fly in and bring him back to Brazil with me.”

After landing in Dublin Airport, Ms Trindade received a message on her phone from her son’s flatmate explaining that Mr De Oliveira had not been seen since the previous day. She went straight to the Garda station and reported her son as missing.

“He’s a very calm kid. In Brazil, he was always very quiet and he preferred to stay home rather than go clubbing. He didn’t drink or smoke or do drugs. He’s passionate about books and is a big fan of Harry Potter. He also really likes superhero movies.”

Ms Trinidade has been keeping her husband and daughter regularly updated as she continues her search for her son. She is grateful to the people from the Brazilian community in Dublin who have offered support and help in recent days.

“Even though it’s a very difficult situation that I’m going through and I don’t speak the language I have found people here who are taking care of me.

“He’s my son, I just love him so much and want to take him back home with me,” said Ms Trindade in tears. “That’s why I’m appealing to anyone who has seen him or had any contact with him to get in touch with us or the gardaí because this is such a terrible situation.”

Mr De Oliveira is described as being 6ft tall, of medium build with short black hair and brown eyes. He was last seen wearing jeans, a black T-shirt, black Adidas shoes and a black coat.